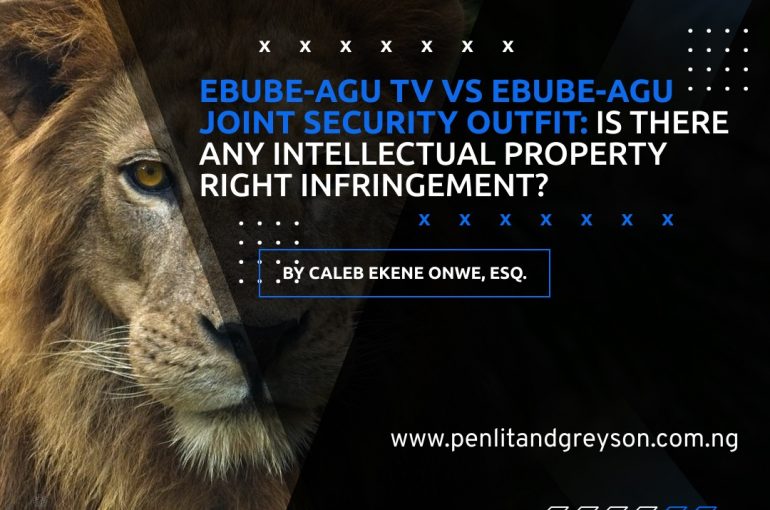 The insecurity of lives and property that have embroiled the country into a state of war field, heightened tension of secessions resulting from the inept handling of the insecurity by the administration of President Muhammadu Buhari, lopsided rapport with some regions of the federation and economic policy drain that has affected negatively almost all sector of the economy has left almost everyone in particular and the geo-political regions in general, in search for their personal or regional survival and protection. The South-East Nigeria is not left out in this unpleasant situation and has not stopped in communicating its displeasure on what several groups from the region termed strategic plans by the government to annihilate the region through various military operations that has been carried out in that region with less military or paramilitary response to protect citizens of the regions when attacked by the Fulani militia herdsmen.

It is important to note that the South-West region guided by the governors of the region, in January 2020 unveiled a joint security operation termed AMOTEKUN and same was backed up by a law enacted and ratified by all the State Houses of Assembly of the states comprising the region. At the time this joint security network of the South-West region was unveiled, the South-East was also under heavy attack by the Fulani herdsmen militia with little or no response by the Nigeria security forces which sparked calls by different interest groups and stakeholders that the governors of the South-Eastern Nigeria should follow suit with the same measure to ensure the protection of lives and property of her citizens. Unfortunately, the governors downplayed the calls and never heeded it.

The persistent killings and attacks by the killer herdsmen unrestrained and resurfacing of what is known now as the “Unknown Gunmen” with severe attacks on security formation in Imo State and a promise to enter Ebonyi State both in the South-East geo-political zone has necessitated the hurried/forced unveiling of a joint security network of the region by the governors of the states comprising the region on Sunday 11/04/2021 named EBUBEAGU JOINT SECURITY NETWORK.

It is apposite to state here that prior to the unveiling of the joint security network by the governors of the region, a social commentator, a social-media influencer and the immediate past Publicity Secretary of the APC in Ebonyi State, Mr. Nwoba Chika Nwoba had earlier this year unveiled his online private TV network known as EBUBE AGU TV. The said Nwoba Chika has been one of the vicious critics of the policies, programs and government of the Engr. David Umahi led Ebonyi State government who also doubles as chairman of the South-East Governor’s Forum.

Since the unveiling of the EBUBEAGU JOINT SECURITY NETWORK on Sunday, the said Nwoba Chika Nwoba had through several post on his facebook page alleged that the christening of the South-East joint security network EBUBEAGU by the governors of the regions was the idea of the Governor David Umahi and calculated as an affront to his EBUBE-AGU TV and a measure by the David Umahi’s government to whittle down his growing media influence against his government. This article is an analysis to determine if the said Nwoba Chika Nwoba has any intellectual property right on the EBUBE AGU TV  brand name that can impede the South-East governors from the use of the name EBUBEAGU JOINT SECURITY NETWORK and whether government can be liable for intellectual property infringement under the relevant law governing intellectual property rights.

First of all, it will be pristine to state that intellectual property right can be acquired in different ways either by invention/innovative idea, product design or by registering a brand name for a product and services as a trademark or trade name. It is very clear here that the EBUBE –AGU TV of Chika Nwoba is but a brand name for services in the media industry registrable under Class 35 of the international NICE Classification of marks.

By the provision of Section 3 and 5 of the Trade Marks Act CAP T13, LFN 2004 are explicit on the rights that accrues to any right holder under the Act. Section 3 of the Act, states that no one is entitled to maintain an action to recover damages or prevent infringement for any unregistered trademark. More so, Section 5 of the Act states that upon the determination of a registration of a trademark by anyone, that the person by such registration acquires exclusive use of such mark against any other person in relation to the particular goods it is registered.

Conversely, trademark registration is done in classes, it simply means that a particular mark must be registered in any of the classes of registration according to the international NICE classification standard. Thus, it is tenable to note that particular mark registered with one class can be registered in a different class without same amounting to infringement of the right of the first person. More so, under the Trademark Act and more particularly in Section 62 (1) (b) of the Act, nobody without the authorization of the appropriate authority is allowed to use any emblem, device or title in a manner calculated to lead to the believe that such a person is employed or supplies to the president of governor of a state any goods in his official capacity.

By the subsection 2 of Section 62 of the Act, it states that without prejudice to the earlier provision, that nothing should be construed as affecting the right of the proprietor of the trademark to continue to use the mark even though it may contain arms, emblem, device or title as provided in Section 62 (1) (b). The meaning that could be read to this subsection only is that if someone registers a mark which falls under this category and which consent was not sought and obtained or that it was registered before the government started using such emblem, title or device, the person could still use the same mark provided it does not send message of government patronage to the mark.

The Ebube Agu joint security network unveiled by the South East governors as it appear, is an intergovernmental arrangement of the governors of the geopolitical zone and which must pass through the respective State Houses of Assembly of the respective states concerned and be approved by them to enjoy the protection of the law. It is my respective view going by the provision of the law referred to that upon being given legitimacy by the House of Assembly of the South East sates, that the EBUBE AGU TV and the EBUBE AGU JOINT SECURITY NETWORK can exist under the law side by side as trademark/tradename provided it is duly registered.

It is now clear arising from the examination of the trademark Act in force in Nigeria that the question as to whether a government can be held liable for intellectual property infringement under the trademark act has by the provision of 62 of the Act been answered in the negative. Therefore, if EBUBE AGU TV is registered with the trademark registry and until the EBUBE AGU JOINT SECURITY NETWORK is legitimatized by the region’s states assembly, question of priority and similarity will not arise as same could coexist under the law especially being even in different classification under the law.

Our professionals and experts are always ready to serve you with the best innovative solutions in our practice areas.